PlatformIO turns VSCode into a complete IDE for compiling and developing Marlin. Visit the Setting up Visual Studio Code page to download and install the latest VSCode for your particular platform.

You can download the latest Marlin source code from the Downloads page. Older versions and detailed Release Notes can be downloaded from the Marlin Releases page on GitHub.

The ‘latest’ version might not always be the ‘greatest’ version for your setup. Be sure to ask around in our Discord community if you need assistance with any version of Marlin Firmware.

The first time you open the Marlin project in VSCode it will recommend you install the Auto Build Marlin extension, which will also install PlatformIO IDE. Simply answer “Yes” to install the extensions, or follow the instructions below. 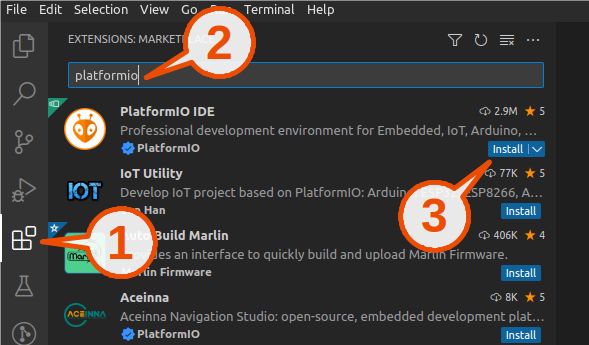 Unzip the downloaded archive to your preferred location. (Although modern systems can handle very long paths, it may still help with the build process if the filepath is short without any special characters.)

You can open Marlin in Visual Studio Code in one of several ways: 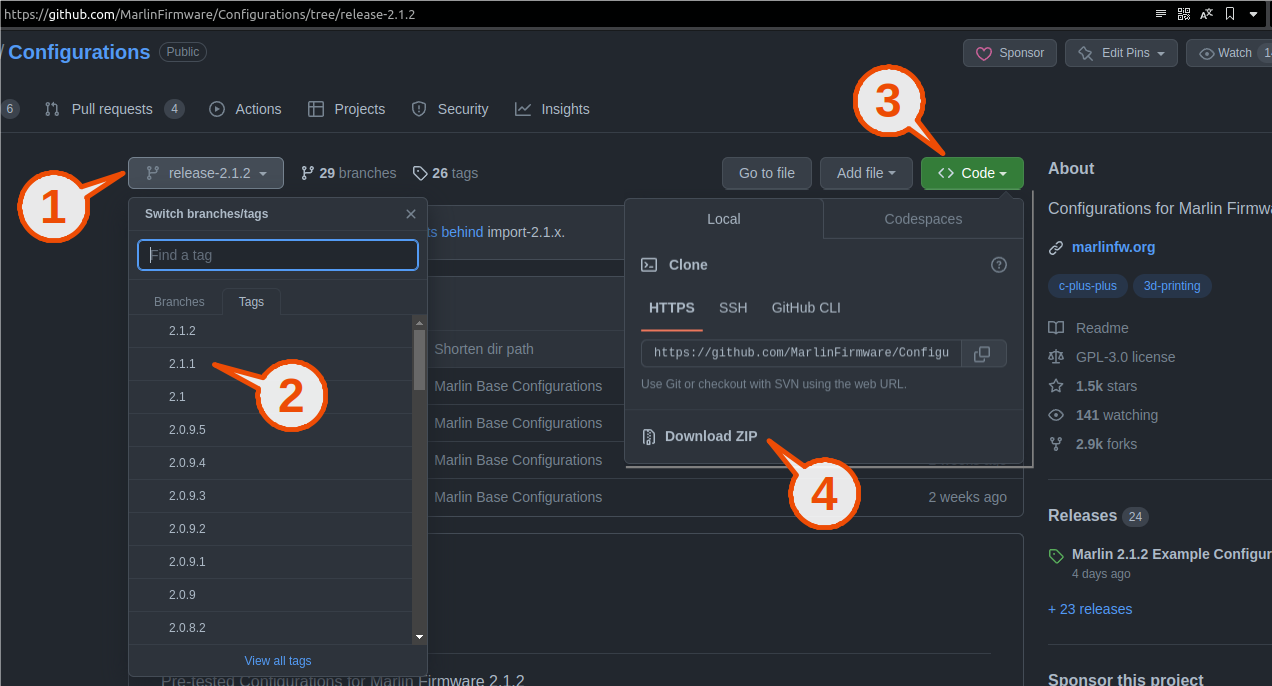 Unzip the archive, find the configuration files for your printer (or the closest match) and copy them to the Marlin/ folder. Don’t forget _Bootscreen.h and _Statusscreen.h, if present.

If a “README” file is included with the configurations be sure to review it for helpful notes and instructions.

If you find any errors or outdated descriptions in any configurations please submit a bug report or patch to fix the issue.

Optional: Change your board

Edit Marlin/Configuration.h and set your board using #define MOTHERBOARD BOARD_MYBOARDNAME. All available board names are listed in Marlin/src/core/boards.h. All board identifiers begin with BOARD_ so don’t forget to include “BOARD_” in the name.

You may need to change the stepper drivers (_DRIVER_TYPE) and serial ports (SERIAL_PORT). The easiest way to find correct serial port values is to look at other example configurations that use an identical or similar board.

To set the build environment for your board, open the file platformio.ini and change default_envs to the environment that your board uses. For each MOTHERBOARD there are one or more PlatformIO environments that tell PlatformIO how to build the firmware for it. In Marlin we keep track of these environments using comments in the file pins.h (located at Marlin/src/pins/pins.h since Marlin 2.0).

Some boards have more than one build environment (such as one for a 512K MCU or another for Native USB). Refer to the .ini files in the ini folder for the complete build details.

Sometimes a first build will fail due to random cryptic errors, possibly due to a “race condition” in the compiler. Just wait a moment and hit Build again. 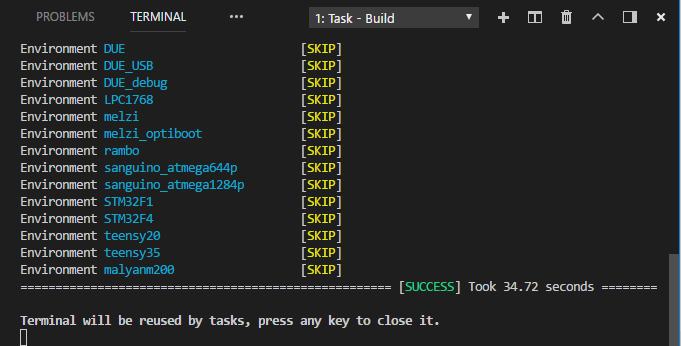 Errors emitted in a Marlin build will usually explain exactly what’s wrong in configuration and provide instructions on how to fix them and how to update older settings. The first error reported is the most relevant; others might just be the result of the first, and are less useful. When asking for support it will help to provide a full build log or a screenshot that includes the first error.

The Warnings.cpp file will emit any important warnings about the build. Warnings about code can usually be ignored.

This section pertains only to 32-bit ARM builds. An AVR build produces a HEX file that must be uploaded to the board over USB.

With some exceptions, boards with an onboard SD card require the firmware.bin file to be copied onto the onboard SD card, and then you must reboot the printer to complete the install. PlatformIO will try to copy the file automatically if the board is connected and your PC can see the SD card, but this may not always work.

In these cases, locate the firmware.bin file and copy it to the SD card manually. Most bootloaders require a specific filename (i.e., firmware.bin, elegoo.bin, etc.). Some Creality boards require the .bin file to have a name different from the previously installed one.

Once a firmware file has been installed, it may be renamed to FIRMWARE.CUR on the SD card. This file can be deleted.